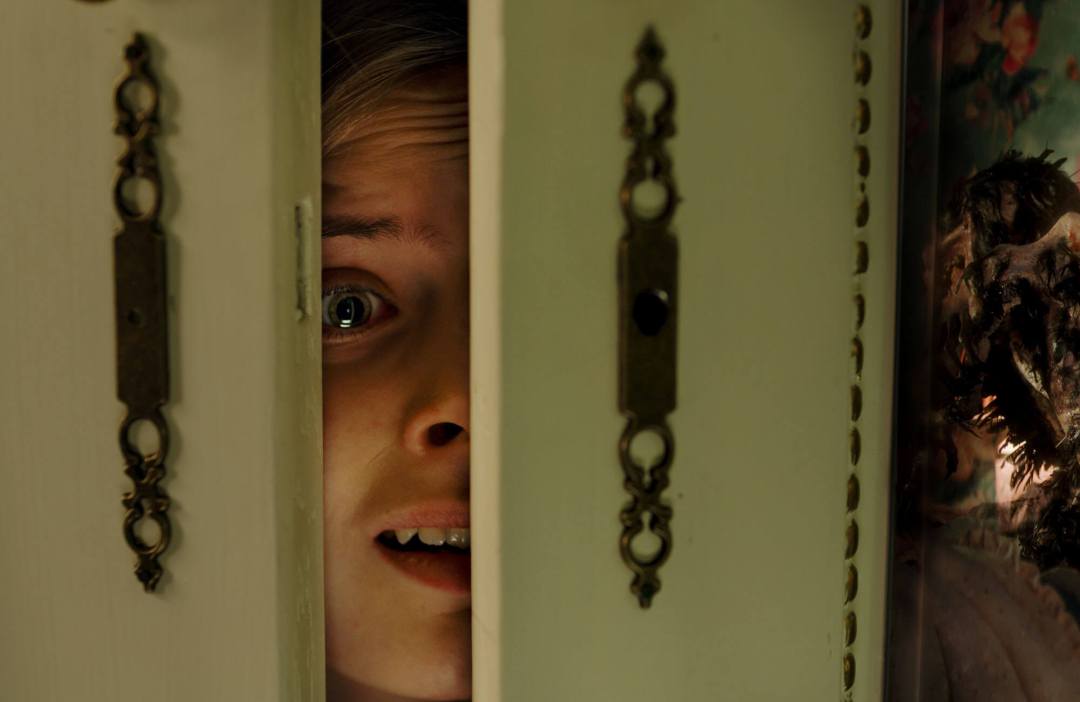 Why you Should Watch ‘Hatching’ (‘Pahanhautoja’)

There are few times in my life where I feel a film was tailormade for me, and the things I never could say. After attending a preview screening of ‘Hatching’, I was horrified and relieved. It had opened up an emotional Pandora’s Box of my childhood fears but also made me feel recognised and protected by a world who was finally starting to understand. ‘Hatching’ in my view, follows the tradition of a new wave of legendary horror amongst ‘Get Out’ or ‘Hereditary’. ‘Hatching’ is modern day fairytale warning against the effects of emotional and narcissistic abuse and the complications of mother-daughter relationships.

‘Hatching’, like many other horror genre greats, such as ‘Poltergeist’, shatters our view of peaceful suburbia and asks us to question what horrors are concealed. The film starts in a storybook rural neighbourhood, with a white picket fence home and its perfect pink interior as an Urbis Magazine version of a fairytale home. ‘Hatching’ follows Tinja, the eldest daughter of a vlogger family. The Finnish version of the ACE Family if you will. A vlogging day is interrupted by a crow flying into the family home, breaking every glass ornament and chandelier in its path. The crow is then killed by Tinja’s image obsessed mother. Tinja, wrecked with guilt takes it upon herself to take care of the crow’s orphaned egg.

Tinja is a stoic and caring child, who lives for the acceptance and love of her mother. An aspiring gymnast, her aim is to qualify for an upcoming competition and be the high achiever her mother portrays her to be. But the home is not all that it seems.
Tinja is the bearer of family secrets.
The pressure and constant criticism to be the dream daughter, the relentless self-adjustment of her public image, and being privy to marital problems causes Tinja to confide in her egg. The egg absorbs Tinja’s tears and blood. And it grows.

The egg eventually hatches. Nothing prepared me for what was to come. I was screaming and hiding behind a scarf I had pre-emptively brought to hide behind as a tent. What is inside the egg is linked to Tinja’s emotions, physical sensations and strives to comfort and protect her. But this is no Neverending Story.
What is in the egg, Tinja’s secrets and the adults in Tinja’s life ultimately make the difference between folk stories and folk horror.

The Power of a Metaphor

Post screening, I had an hours long discussion over the meaning of the egg and the egg creature. To me, both were a symbol of mental illness, suppressed emotions and the continuation of abuse and secrets in families. This was one of the few films I have seen which covers the complex signals of Coercive Control to children. This is a concept which scholar Evan Stark uses to describe a collection of actions used to erode the autonomy and separate identity of the abused and to make them obey, with threat of further verbal, emotional or physical violence. There was also great sympathy to Tinja, used to dispel a persistent myth that abused children are either responsible for the abuse or can easily leave the abuse. Tinja’s relationship with her mother is rightfully shown as nuanced, her mother was the main source of her motivation and love, but also emotional pain. It was rather telling that one of the more shocking and scary scenes was the mother in an outburst of rage, rather than the supernatural elements.

‘Hatching’ plays with the idea that adult bystanders hold more power than they realize to prevent further problems, but that many waste this opportunity to intervene. In pivotal moments of the film, adults surrounding Tinja see and understand the stress that Tinja is under, but they do little to stick up for her. This was a great source of sadness and resentment in my own life. Horror scenes follow these sequences in the film. Like in real life, the hopelessness and pain of seeing inaction traps the child into exerting ones’ self even more to earn affection, inadvertently trapping the child in a cycle of terror and pain.

The Power of the Panopticon: Watching Yourself When you Know you are Being Watched

I chose ‘Hatching’ as I was interested in Finnish culture. Indeed, the film is a reflection of Finnish values. I had a conversation with a Northern European person about this film, he confirmed that being ‘fake’ or uppity about one’s status is commonly called out and rejected. Humility and autonomy of children is seen as more important. This reflects in what we might know of Finnish education systems; a creative curriculum, no standardized tests and no homework. Perhaps this explains the the clear disdain for influencer style parenting and lack of child privacy in the film.

Some great films tackle the concept of Foucault’s ‘Panopticon’, where people control themselves if they feel they are being watched, named after a circular prison system of the same name. In today’s society, we are our own micro celebrity to our peers and we ourselves can control how we are perceived through social media. We may also feel pressure to participate in such ways, in order to connect to others. The differences between reality and the ‘perceived world’ can often be the source of great perfection, pressure and sense of competition, just as we see in ‘Hatching’. It is a chilling fairytale deconstuction of our fairytale social media world, which becomes more relevant as more family and child YouTubers and influencers arise on the scene to capitalise on the trend and as more critics become vocal about child labour rights, self-image and mental health.

Ultimately, ‘Hatching’ forces viewers to consider the real horrors of our modern communities, abuse and the mental health ramifications of social media. It is a masterful homage to Northern European folklore and classic horror including ‘Rosemary’s Baby’, ‘The Shining’ and ‘The Exorcist’, the latter two which are also known for their subtext in examining the horrors of abuse. To me, it was a Simpsons Treehouse of Horror catharsis and reassurance. Perhaps others feel the same way. Even without the abuse subtext, there is a message for everyone. How many times have we tied our own engagement to our self-worth or work’s quality? Have you ever changed something you put on social media because you wanted to alter the way you were perceived? Have you ever been upset because of your reputation or how others interpret your image? Has social media made some life hardships more complicated or stressful? Search your bedrooms. Your egg is growing.

View all posts by Keeara